Time continues to fly by and our weather continues to be amazing.  This is the time of year when the wind can pick up a little, which compared to Canada is nothing but, here the nip demands a scarf and a slightly warmer outer covering.   Don’t construe that for a complaint, it isn’t.

Yesterday James and I enjoyed a lovely two hour walk around the outskirts of the village and down various neglected farming roads etc..  It was a perfect morning for doing that. Here is a shot of the sort of paths we were exploring…….I stood in one place and took the photos in each direction. 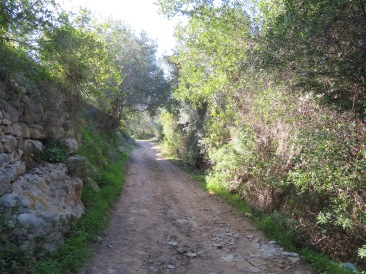 Surrounded by chirping birds, the sounds of farm machinery off in the distance and the occasional gunshot as today was a hunting day. Hence we stayed out of the mountains.

Peace and tranquility at it’s best as we wander these long ago created roads lined with hand placed stone walls.

Today our friends Marion and David were returning to Estoi from home in England.  Marc and I had offered to collect them at the airport and then we all accumulated on the patio at Ana’s and Simão’s for bacalhau con natas, absolutely delicious. 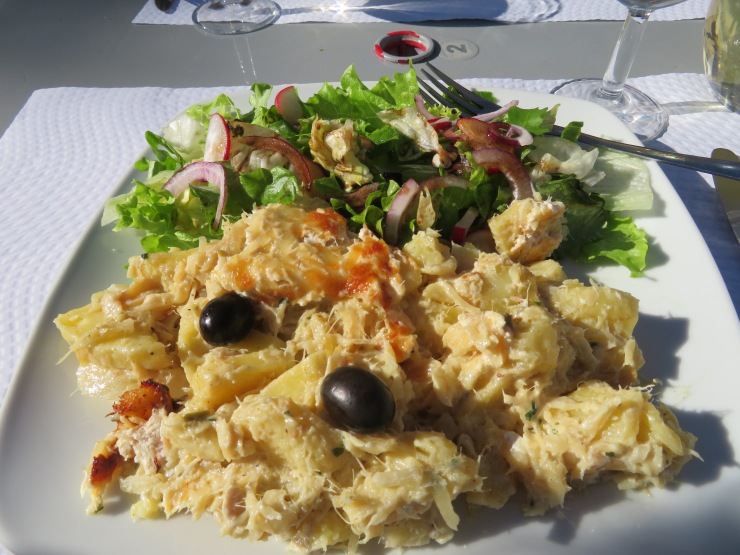 There was far too much fun going on and we ended up basically wiling the afternoon away in each others company.

Myself and David, much more mature and relaxed!!!!

Marc and James …..another dangerous duo!

I am blissed out in the sunshine

Simão, Joana,, Marc, Miguel, James and Marion……a rowdy and lively bunch we were.

On Monday Marion, David, Ana, Simão, Joana. Miguel, Marc and I are heading off for a week of sunshine and bliss for Cape Verde, or Cabo Verde, which is a nation on a volcanic archipelago off the northwest coast of Africa. It’s known for its Creole Portuguese-African culture, traditional morna music and numerous beaches.  We are all pretty excited about it.

And last but not least, these two lovelies were keeping us company during our lunch today.  They were very quiet and well behaved.  Certainly less noisy than we were.

5 thoughts on “Friends, Fun and Food”